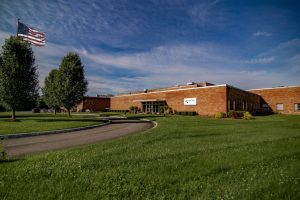 Some plant employees remain outside the facility while emergency personnel continue to extinguish the blaze that started just before 1 p.m.

No injuries have been reported as firefighters from multiple agencies work to put out a factory fire at the Hollison Mills facility located off of Highway 11W in Church Hill.

Preliminary information from emergency officials indicates the fire was caused by an alcohol-based material that was first reported as a chemical fire just before 1 pm. Evacuations of neighborhoods located within a half-mile of the plant have taken place and a shelter is currently in place at the Church Hill Rescue Squad.

Preliminary information we have received from Hawkins County emergency personnel indicates residents near the plant are being told to evacuate. They are also creating a perimeter of a half-mile to control the area and help with the response.

We will provide more details as they become available.