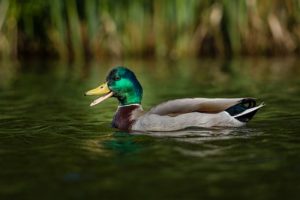 Four East Tennessee duck hunters have agreed to plead guilty in federal court on charges of baiting a pond in Greene County to illegally harvest ducks.

Information from US District Court in Greeneville says Dustin Carter, Brent Ottinger, John Shipley, and George Weems were cited after TWRA officers were tipped off to a group of hunters baiting a waterfowl pond. The state game officials staked out the pond and observed the men shooting at a number of Mallards.

Court documents say Carter admitted to stocking the pond while the hunters confessed to killing more than 20 ducks.