Police: Greeneville Woman Who Entered School was Reportedly Under the influence of Meth 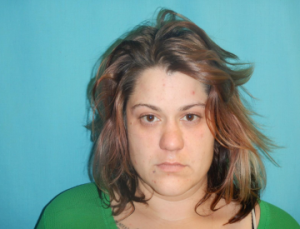 A Greeneville woman is in jail after allegedly entering an elementary school under the influence of methamphetamine.

According to a police report from the Greene County Sheriff’s Department, on Friday morning, a deputy who was working at Camp Creek School says he observed Brandy Duffy bringing one of her daughters to school and reportedly entered the school under the influence of drugs. The deputy conducted a field sobriety to which Duffy failed.

A urine drug test resulted in her failing for meth. She was charged with public intoxication and was transported to the Greene County jail.