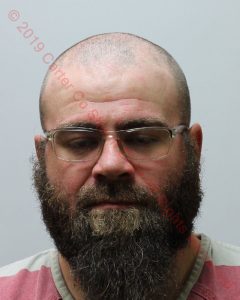 A Johnson City man is in jail on three violations of the sex offender registry.

William Blevins, 34, was arrested Monday evening in Carter County, and during his Tuesday court appearance, he was appointed a public defender while receiving another court date of December 3rd. The National Sex Offender Registry shows Blevins is classified as violence against children for a rape offense in 2016.

Blevins remains incarcerated on a $15,000 bond.