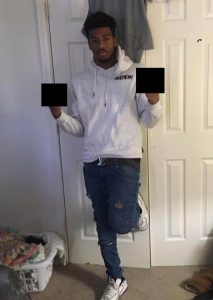 Authorities have identified a suspect allegedly involved in a shooting earlier this week at an apartment complex in Kingsport.

Further investigation found during the incident at the Model City Apartments on Monday, Bryius John Lewis Jr., 18, reportedly pulled out a gun and fired several shots, twice striking an unnamed 19-year old victim in his back and leg. The victim is in the hospital in serious condition and the suspect, who also goes by the nickname “Drama”, is wanted for charges including attempted second degree murder, aggravated assault, felony reckless endangerment, and possession of a firearm during a commission of a felony. He is a black male standing 5’8 tall, weighing 175 pounds, with black hair and brown eyes.

Anyone with information on Lewis Jr’s whereabouts should contact detectives in the K.P.D. Criminal Investigations Division at 423-229-9429 or call Kingsport Central Dispatch at 423-246-9111.

Police in Kingsport are investigating an alleged shooting that occurred Monday afternoon at an apartment complex.

The department says they were called to the Model City Apartments on 1000 Stonegate Road around 4:00 p.m, and later learned an adult male had been privately taken to the hospital to be treated for injuries from a gunshot wound. The victim’s condition is unknown and the incident remains under investigation.