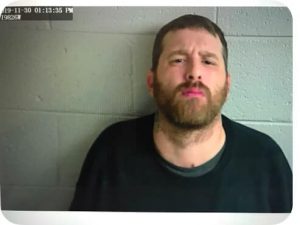 A Hamblen County man wanted for failure to appear in court on charges of aggravated rape and aggravated kidnapping has been captured in West Virginia.

An update from the Hamblen County Sheriff’s Office says William Swafford was arrested at a hotel in Madison, West Virginia on Saturday. He was originally arrested on November 2nd after a woman told authorities she had been beaten and raped by Swafford after previously meeting him at a sports bar prior to the alleged incident taking place.

Swafford is being held on no bond pending his arraignment set for today.