CCSO: Man who drove into home while allegedly under the influence facing charges 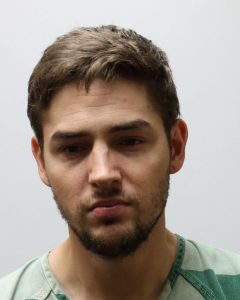 A man in Carter County has been arrested after police say he drove his car into a home while under the influence.

Harley Dakota Barnett, 25, is charged with DUI and violation of open container law. The arrest stems from an incident on November 23rd where Barnett reportedly drove his vehicle through a fence and into a home on Old Bristol Highway. The Carter County Sheriff’s Office says Barnett admitted to drinking prior to the crash. He was taken to the hospital to be treated for severe injuries, and was arrested after being released.

No one else was injured in the accident. Barnett was booked into the Carter County jail and has been released on $1,250 bond.