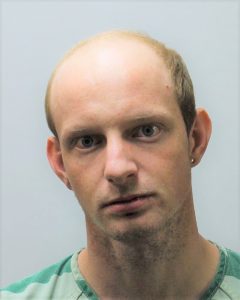 A Carter County, Tennessee man who had eight beaten and starving dogs found on his property earlier this year was taken into custody.

An official sheriff’s office report said Jerry Phillips, 23, was arrested and charged with eight counts of cruelty to animals.

Deputies said in the initial report taken in September that one blue tick hound and seven pit bull terriers found at Phillips’ home on H. Heaton Road in Elizabethton were starving with no access to food or water as well as having visible lacerations to their face, legs, and back that required medical attention.

The dogs were collected and taken to an animal shelter for treatment.