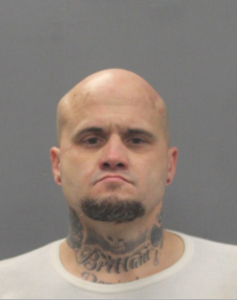 The Washington County, Virginia Sheriff’s Office have arrested a man following a lengthy standoff that lasted from around Wednesday evening into the early hours of Thursday morning.

The Sheriff’s Office says Christopher Tiller was arrested just after 3:00 a.m, following officers deploying several rounds of teargas into a residence on Railroad Street in the downtown area of Abingdon. Sheriff Fred Newman says Tiller had recently been released from Red Onion State Prison and was wanted for felony violation of probation for manufacturing methamphetamine. Following his arrest, he was transported to the Southwest Virginia Regional Jail.

The US Marshall Service, Abingdon Police, and Bristol, VA Police were also on scene.