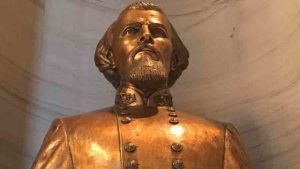 A recent Vanderbilt University poll says a majority of those questioned, including members of both political parties, are in favor of moving a bust of Confederate general Nathan Bedford Forrest out of the state Capitol.