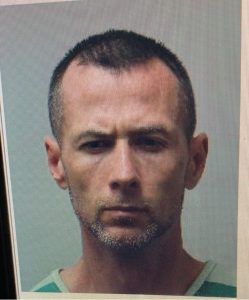 Multiple agencies are searching for a man who authorities say ran from police in Unicoi County on Wednesday.

Unicoi County Mike Hensley tells Supertalk, yesterday afternoon, a deputy clocked suspect Christopher Saults traveling over 100 mph on Temple Hill Road. The deputy then pursued the vehicle, to which Hensley said Saults drove onto Interstate 26 going the wrong way before getting back off the road to head back towards the Temple Hill area.

Police lost sight of the vehicle, but were notified by a citizen they witnessed a car traveling at a high rate of speed heading towards the North Carolina border. They were later able to locate the vehicle in question, and found a woman who admitted to being in the vehicle with Saults, to whom she identified to police.