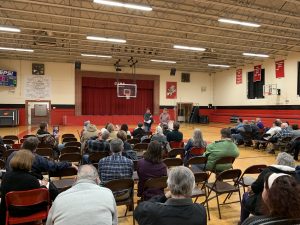 Homelessness was the talk of the town during Thursday night’s Kingsport Town Hall meeting.

Community members had a chance to speak with Mayor Pat Shull on all issues relating to the City of Kingsport, and while other topics such as code enforcement were discussed, the dominating topic of the evening was the current homeless situation. Several questions as well as solutions were raised, including how people can get involved with local outreach programs and what the city itself could do.

The city recently hired a Homeless Service Liason and Homeless Outreach worker though a partnership with the United Way of Greater Kingsport in addition to forming a homeless coalition.