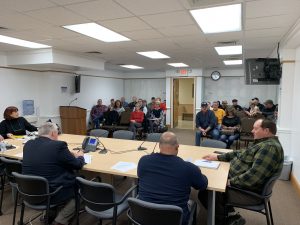 A resolution to support the second amendment has been approved for the review of the full Washington County, TN Commission.

During the county’s public safety committee meeting Thursday night, committee members unanimously approved a drafted resolution by the county attorney, which according to Commissioner Freddie Malone, does not have any wording relating to sanctuary in the document.

Commissioner Kent Harris, who brought forth the matter, was pleased with the result following the meeting. “Looking at several other resolutions that have been passed, I think ours is a strong resolution in support of the second amendment,” said Harris.

Several other commissioners were present at the meeting including Washington County Mayor Joe Grandy, who told Supertalk he also supports the resolution.

The county commission could vote on the matter when they meet later this month.