Virginia One Of The Top States For Receiving Robocalls 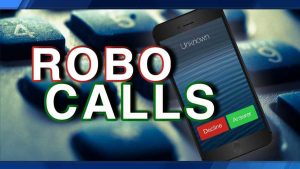 Virginia is the eighth hardest hit state in the country when it comes to being bothered by those annoying robocalls during 2019. Residents in the Commonwealth filed more than 178 thousand robocall complaints. Since 2015, Virginia has received the seventh most robocalls with more than 883 thousand complaints. Nationwide, robocalls have seen an average increase of 14 percent. Virginia saw a slightly higher increase in that time period of 18 percent.