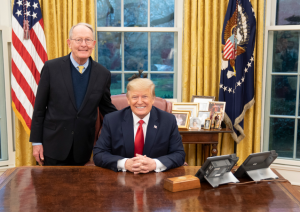 Tennessee Senator Lamar Alexander speaks out on President Donald Trump’s impeachment trial in the Senate on his social media channels, hoping the proceedings do not have the circus atmosphere that he said took place in the House.

Alexander says an assortment of things need to be accomplished during the hearings: listening to both sides and not dismiss the case out of hand, ask questions, consider answers and study the record, and guaranteed a right to vote if additional evidence such as documents or more witness testimony is needed.