Crash on Highway 126 in Blountville Sunday night under investigation 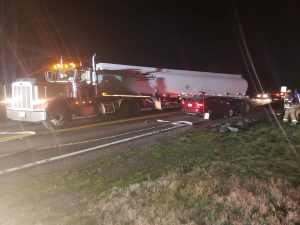 A two-vehicle crash is under investigation that closed a portion of Highway 126 in Blountville Sunday night.

The Sullivan County Volunteer Fire Department responded to a crash in the area of Highway 126 and Barr Road, which involved a semi and vehicle. TDOT spokesperson Mark Nagi confirmed the road closure per a tweet, and fire department officials stated on Facebook they were on scene for around 45 minutes.

We are awaiting to learn more details from the Tennessee Highway Patrol.