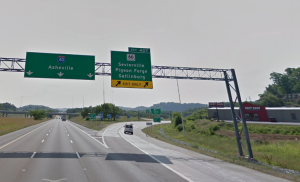 The Eastern Band of Cherokee Indians is doubling down on property purchases for potential casino sites in Tennessee at one of the state’s busiest exits.

A spokesperson has confirmed the Cherokee plan to close a deal to purchase 198 acres on the southern portion of Exit 407 in Sevierville off Interstate 40. The property was the proposed site for a retail shopping area called Dumplin Creek and has an estimated price tag of $19 million.

The tribe already owns more than 100 acres across the road near the Tennessee Smokies stadium site. The Cherokee recently announced plans to develop a casino, sports, and entertainment complex in Washington County, Virginia with Pinnacle owner Steve Johnson.