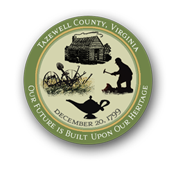 One county lawmaker in Southwest Virginia has proposed a ‘Vexit’ as an option to avoid possible gun legislation passed by the General Assembly.