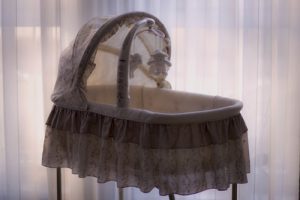 The Greeneville Police Department has released more details surrounding the death of an infant over the weekend.

Officers arrived at a home in the 1600 block of the Highway 70 Bypass on Sunday at 10 am and found an infant girl unresponsive. The report said the child was taken to an area hospital where she was pronounced dead. Police said this remains an active investigation and they are being assisted by the Tennessee Bureau of Investigation and Department of Children’s Services.