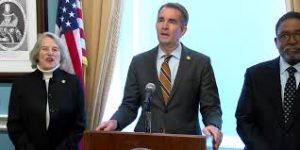 Two southwest Virginia localities are participating in a pilot program with other Virginia cities to bridge cultural and geographic divisions in the Commonwealth. Wise County and the City of Norton will team up the City of Alexandria, and the City of Danville will connect with Loudoun County. The program, similar to the successful Sister Cities International was launched by Governor Ralph Northam. Each city will assemble a delegation of local elected and appointed officials, state legislators, and other key stakeholders to participate in the exchange program.