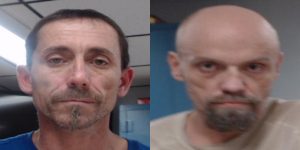 Bristol, Virginia Police have been very successful in confiscating drugs following two large busts in the early days of February.

Simpson was held on $2,500 bond, while Parker and Mosley were held on no bond.