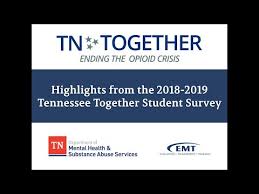 Tennessee parents have a valuable opportunity to influence their children’s use of substances if they approach the conversation in early middle school grades, but only about half of Tennessee youth are having that conversation with their parents, according to a recent survey. The Tn Together Student Survey asked more than 21 thousand students about their use of and related attitudes and behaviors surrounding drugs and alcohol use. Half of the students said their parents had talked to them about tobacco and drug use,but only about a third had discussed the dangers of prescription drug misuse. The survey also reported the average age of a student’s first use of drugs or tobacco was thirteen to 14 years old.