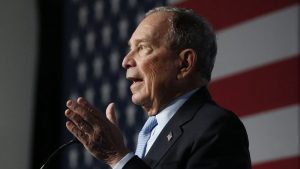 The Democrat is coming off his premiere debate last week and his visit to the Tri Cities coincides with the Super Tuesday primaries in 16 states including Tennessee and Virginia.