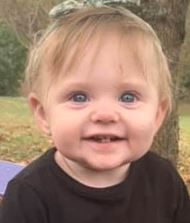 A petition started on change.org is calling on Tennessee lawmakers to establish a law that makes it illegal to wait longer than 72 hours to report a missing child.

This petition, named “Evelyn’s Law” is in response to the case of missing 15-month old Evelyn Boswell, who was reported missing last Tuesday, but has not been seen since early in December. The petition says because of the length of time that has passed between the child last being seen and the missing report, it has caused major issues in the investigation. The petition addressed to the state senate, calls for 15,000 signatures and has nearly reached its mark.

A link to the petition is available here.