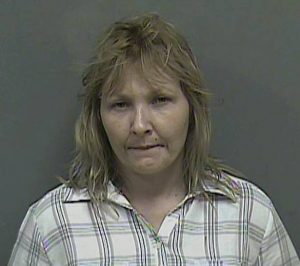 Thanks in large part to numerous citizen tips, the Kingsport Police Department has identified and arrested a porch pirate responsible for a theft back in December. Detectives had been searching for Crystal Dee Line after she was videotaped stealing two packages from a porch. Following tips, investigators located Line during a routine traffic stop. As Line was being placed under arrest she was found to be in possession of a glass pipe coated with residue indicative of illicit drug use. Line is charged with theft and possession of unlawful drug paraphernalia. Line remains in the Kingsport jail in lieu of a 15 hundred dollar fine.