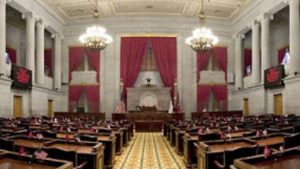 A proposed bill in Nashville would keep autopsy and toxicology reports sealed unless opened under an order from a judge or by subpoena.

Those records are currently available to the public in Tennessee and open government proponents say the ban would damage the ability to keep the government accountable.

Sullivan County District Attorney Barry Staubus had a judge approve a motion earlier this week that sealed the autopsy report regarding the body found Friday on Muddy Creek Road believed to be that of missing 15-month-old Evelyn Boswell.