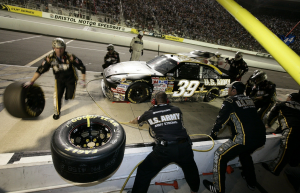 An announcement by NASCAR is scheduled for this afternoon regarding near term race event scheduling as the spread of the coronavirus continues to have effects on major sporting leagues across the country.

Thursday morning, Miami-Dade County mayor Carlos Gimenez released a statement saying the running of the upcoming race at nearby Homestead-Miami Speedway is postponed and NASCAR officials must decide whether to or not to conduct the event with fans, as the county is currently under a state of emergency.

As for next month’s running of the Food City 500 at Bristol Motor Speedway, that event is so far slated to run as scheduled.

The announcement by NASCAR is scheduled for 1 p.m.

Below is the full statement from Mayor Carlos A. Gimenez

Miami-Dade County is under a state of emergency, as we deal with the public health threat of COVID-19.
Although we do not have community spread at this time, we want to take the preemptive steps to keep it that way. Therefore, I have decided to suspend the operation of the Miami-Dade County Youth Fair, the Miami Open tennis tournament, the MIA 5K run, and all major events at the American Airlines Arena. The March 22 NASCAR race at the Homestead Miami Speedway is postponed at this time. NASCAR officials will decide whether or not to hold the race without fans.

As we move forward together during this time, we will continue to monitor what the World Health Organization has determined is a global pandemic. We will constantly evaluate planned mass gatherings as the situation evolves.

I will be making future policy decisions regarding indoor events planned for more than 250 people based on federal and state health officials’ guidance.

In addition, I am recommending that smaller gatherings, if they’re not essential, also be reconsidered.