Stars spread the message to Tennesseans: “Do your part, stay apart” 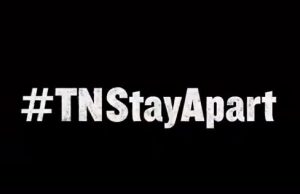 Tennessee is producing a series of public service announcements designed to encourage social distancing to prevent the spread of COVID-19. The campaign has the tag line, “Do your part, stay apart,” and features Gov. Bill Lee and first lady Maria Lee plus other prominent Tennesseans.

“The participants have recorded messages from the safety of their homes to emphasize that Tennesseans should stay home as much as possible, avoid gathering with friends, at church or in any unessential activity — and outside the home to maintain a six-foot distance from others,” according to the release.

The campaign will begin on social media and then be broadcast by Charter Communications and Comcast and promoted on billboards through Outdoor Advertising Association Tennessee.

Lee on Sunday ordered bars and restaurants to close for 14 days with the exception of take-out and delivery services. Lee’s order also closed gyms, barred most visitors to nursing homes, and prohibited social gatherings of 10 or more people. He urged residents to work from home but has stopped short of requiring it.

A group of more than 2,000 Tennessee health care providers has signed a petition urging Lee to issue an immediate stay-at-home order. They have argued that without more aggressive action, tens of thousands of Tennesseans could die.