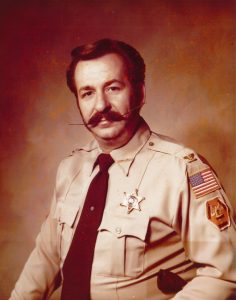 Charges are pending against a former Carter County Sheriff after deputies responded to a call of an armed suspect. Upon arrival, Carter County Deputies found 84 year old, former Carter County sheriff George Papantoniou laying on the ground surrounded by other individuals standing around him. Papantoniou was complaining his right hip was hurting. Witnesses on the scene told authorities Papantoniou became involved in an incident with another suspect on Papantoniou’s 163 Jim Morrell Loop property. Witnesses went on to say that Papantoniou slapped another suspect in the face and pulled a revolver and pointed it at the suspect. The suspect disarmed the former sheriff, Papantoniou pulled a small semi automatic pistol from his pants pocket, but was once again disarmed. Papantoniou was transported to a local hospital and charges are pending. The investigation is ongoing.