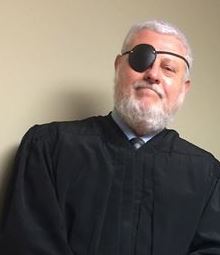 Vanover, 68, was a University of Richmond Law School graduate and was elected to serve the county two years later in 1979 and held the position until 1983.

He was appointed by the Virginia General Assembly as a judge for the 29th Judicial District in 2002 where he took the bench in Buchanan, Dickenson, Russell, and Tazewell counties.

Vanover announced his retirement as a judge in 2018.