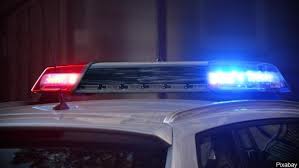 A man in Unicoi has been arrested and charged with attempted first-degree murder following a reported home invasion and shooting Tuesday night.

According to Town of Unicoi Police Chief Andy Slagle, officers were called to a home on Massachusetts Avenue just before 9:00 p.m, and located a victim with a gun shot wound. That individual was flown to the hospital, and following further investigation into the incident, Slagle says they developed a suspect and arrested Clayton Justis, 22, of Unicoi.

Justis is facing three other charges such as especially aggravated burglary, aggravated domestic assault, and possession of a firearm in the commission of a dangerous felony in addition to his attempted first-degree murder charge.

He is set to be arraigned in court Wednesday morning.