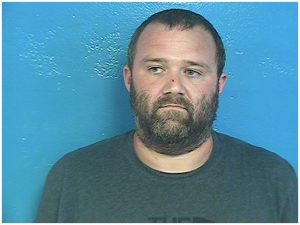 A man, is jailed in Sullivan County after making threats against a female victim, who was injured by shrapnel after the gun the two were struggling over discharged. 37 year old Jarrett Keith Belcher of 100 Ball Road in Bristol had possession of a rifle inside the residence. Jarrett made threats with the firearm and the victim attempted to take the firearm from his hands when it discharged into the floor causing a shrapnel injury to the woman. Jarrett is charged with reckless endangerment and aggravated assault and is being held in the Sullivan County Jail on a two thousand dollar bond.