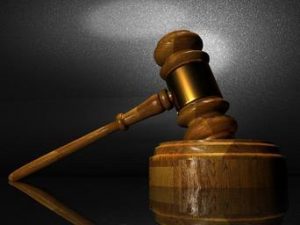 A former federal prosecutor in Virginia accused the Justice Department of removing her from her job over a false sexual misconduct allegation.

The accusation was made in a lawsuit filed during the weekend by Ashley Brooke Neese, a former prosecutor with the U.S. Attorney’s Office for the Western District of Virginia, the Roanoke Times reported.

Neese said she was put on paid leave hours after a report to the office alleged that she engaged in a “sexual relationship with a subject or target of a grand jury investigation,” the lawsuit said. She has denied the allegations.

During her leave, Neese said her superiors did not give her an explanation as to why she was taken out of the office. According to the lawsuit, she was assigned to lower level tasks upon her return to work. She said she was also given a different office, and was restricted from accessing computer systems and different floors in the building.

She resigned in June 2018 after “continual mistreatment,” the lawsuit said. Nearly two years later, the lawsuit said Neese still does not know the specific allegations that were made against her. She said records about the allegations she requested from the Justice Department in a separate lawsuit were withheld.

According to the lawsuit, she is seeking reinstatement to her job, a similar position or monetary compensation.

In 2016, a judge ruled that Neese engaged in prosecutorial misconduct after she misrepresented her account of a possible sexual assault by a Bedford County deputy against a grand jury witness, the Roanoke Times reported.

There are several defendants in the lawsuit, including U.S. Attorney Thomas Cullen, Attorney General William Barr and the Executive Office for United States Attorneys.