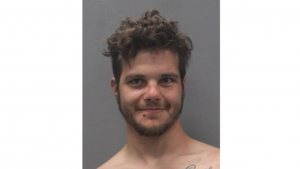 A Chilhowie, Virginia man is facing two counts of attempted capital murder after investigators said he tried to run over police officers who deployed spike strips on Interstate 81 to end a police pursuit that began in Damascus.

Tayler Wayne Trail, 23, had reportedly made a threat to an eyewitness about intentions of showing his gun to a police officer while sitting in his truck in the middle of the road near Settlers Point Apartments in Damascus Monday afternoon.

Washington County Sheriff Blake Andis said Trail attempted to hit one of his deputies as well as Glade Spring police officer during the chase. Trail’s truck was eventually stopped near the Smyth County line on the interstate and he was taken into custody.

Trail also faces charges of felony eluding, driving under the influence, and DUI refusal. The report noted that Trail had also violated an order of protection in Smyth County.