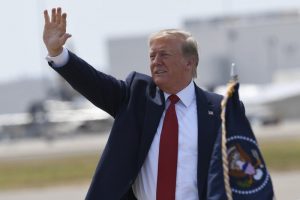 The quip got a response from Northam on Twitter who wrote that he grew up on a farm and Virginia’s potatoes are fine. Northam also said that as the only medical doctor among America’s governors he would suggest Trump stop taking hydroxychloroquine.

The president said he been taking the drug that is used to treat malaria but has not been approved by the FDA for COVID-19.