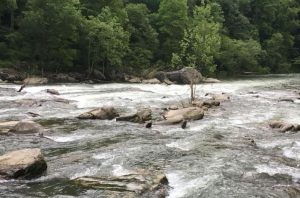 An investigation continues into a probable drowning at Breaks Interstate Park over the weekend.

Park officials announced the body of a 17-year-old male victim had been recovered from the water in the Pool Point section of the property along the Russell Fork River. Other sections of the facility were closed off to holiday weekend visitors to allow search teams to conduct operations.

The teen had been reported missing on Saturday and his body was recovered Sunday morning, the park reported.