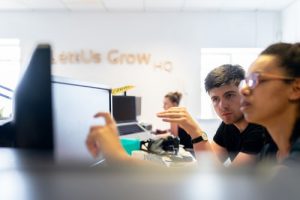 Local governments across Virginia are set to start receiving their first share of federal funding designated to cover spending related to the coronavirus pandemic.

Virginia got about $3.1 billion from the federal CARES Act and opted to give half to localities with fewer than 500,000 people, The Virginian-Pilot reported.

A little less than half of what’s been set aside for the cities and counties should be paid around June 1. Finance Secretary Aubrey Layne told the newspaper this round of funding was allocated based on the locality’s proportion of the statewide population.

Layne said the other half of the money set aside for local governments could be allocated a different way the next time – based on the number of positive coronavirus cases, for example.

Cities and counties can use the money only for certain expenses, not to make up for lost tax revenue. The funding could be used to help pay for projects such as establishing temporary medical facilities, providing COVID-19 testing, performing contact tracing, and facilitating distance learning.

Fairfax County, the only jurisdiction in the state with more than a half-million residents, had to seek its own funding and got about $200 million.