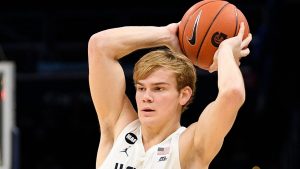 Gate City basketball standout Mac McClung has decided on Texas Tech as his next stop on his collegiate career.

The junior from Georgetown who captured a state title with the Blue Devils made his decision final Wednesday after announcing his intentions to enter the NCAA transfer portal earlier this month.

Tech, located in Lubbock with ties to the Big 12 Conference, is just a year removed from an NCAA Final Four and national championship game appearance. He will play for Head Coach Chris Beard, the 2019 National Coach of the Year who has collected 94 wins and a 72 percent winning percentage—that’s 13th among active coaches.