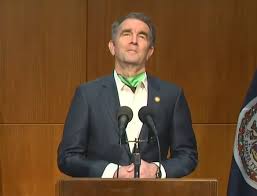 It’s a known fact that racism and discrimination were written into Virginia laws, especially during the Jim Crow Era. Last year Governor Ralph Northam created a commission to examine racial inequities in Virginia Law. As a result, some of the racial language was removed. On Thursday, the Governor announced he was expanding the commissions role. The Governor says the commission will now examine current state laws and regulations that bring about and perpetuate inequities in health,housing, criminal justice and voting rights for blacks in the Commonwealth.Governor Northam has requested the commission to come up with recommendations and a report by November.