Another Lawsuit Filed To Block Removal Of General Lee Statue 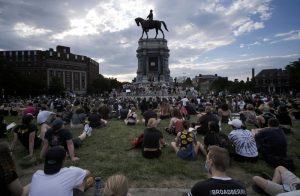 Coming in the midst of a ten day injunction blocking Governor Ralph Northam’s order to remove General Robert E Lee’s statue from historic Monument Avenue, another law suit has been filed in an effort to further prevent any attempts to remove the controversial piece of art work The lawsuit, filed by six property owners along the historic avenue cites in part an 1889 resolution of the General Assembly that authorized the governor of Virginia to accept the statue. The plaintiffs argue removing the statue will result in the loss of the National Historic Landmark designation and a reduction in property value in the neighborhood. The State responded by saying symbols matter, and the Virginia today can no longer honor a racist system that enslaved millions of people and demanding it stay up for ever is wrong now.