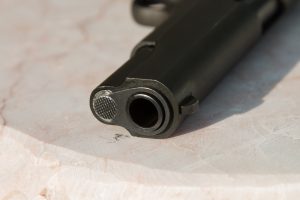 The law, set to go into effect July 1, is one of seven gun control measures passed by the General Assembly this year. It requires a background check for any firearm sale, even between private individuals.

The lawsuit filed Monday in Lynchburg Circuit Court by the Virginia Citizens Defense League and five other plaintiffs alleges that the new law is “a grossly overreaching infringement on the right of Virginians to keep and bear arms.”

The plaintiffs are asking for a court order blocking enforcement of the law and a finding by the court that the law is unconstitutional.

Charlotte Gomer, a spokeswoman for Attorney General Mark Herring, said background checks “are critical to ensuring that firearms stay out of the hands of dangerous individuals.”