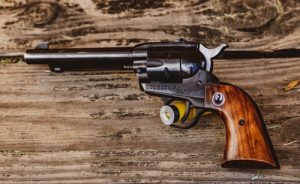 A Virginia judge on Thursday rejected a challenge to the state’s one-handgun-a-month law scheduled to go into effect on July 1.

Attorney General Mark Herring’s office released a statement announcing the decision by Goochland Circuit Court Judge Timothy K. Sanner, who said pro-gun lobbyists would not succeed in their argument to the court that the law is unconstitutional.

The Richmond Times-Dispatch reports the Virginia Citizens Defense League was among five plaintiffs that sued the state over the law, which they argue violates residents’ constitutional rights.

In his statement, Herring said Virginia had a one-handgun-a-month law for nearly 20 years, and it was successful in keeping firearms out of communities and away from dangerous individuals.

“Virginians sent a clear message last November that they were ready for gun reform in the Commonwealth and the General Assembly delivered,” Herring said. “Too many Virginians have lost their lives at the end of a gun and we cannot allow this status quo to continue.”