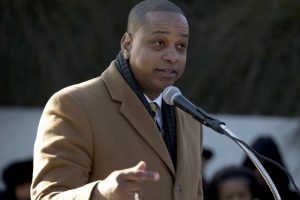 Virginia Lt. Governor Justin Fairfax is officially entering his name into the race for next Governor of the Commonwealth.

Fairfax launched his campaign on Saturday with a speech in Northern VA. The 2017 elect faced two sexual assault allegations last year in addition to calls for his resignation, which he denied both allegations.

He joins 9th district state senator Jennifer McClellan and 2nd district delegate Jennifer Carroll Foy, both of which have declared their intentions to run for the Democratic nomination.