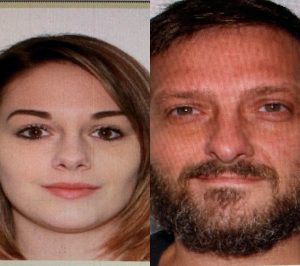 Police in Southwest Virginia are searching for a man and woman accused of stabbing two people in separate incidents last Wednesday.

Officials say both incidents happened on North River Road in the Town of Pound on Sept. 30 where a man was allegedly hit with a baseball bat and stabbed, then a woman was reportedly assaulted and stabbed numerous times.