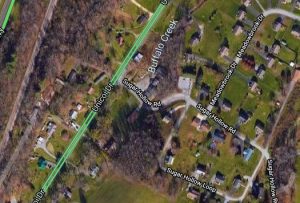 A crash report from Tennessee Highway Patrol says Caleb Adkins, 18, was traveling south on Unicoi Dr. in a pickup truck Saturday afternoon while two deputies were driving behind him. The report says Adkins was attempting to turn left onto Sugar Hollow Rd. while the police cruiser attempted to pass the truck on the left side.

The police cruiser struck the rear of the truck as a result. Adkins was transported to the hospital with unknown injuries, while the crash report says both deputies were also taken to the hospital for a routine check.