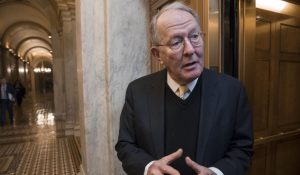 Legal experts have told the Associated Press that Trump has virtually no chance of winning legal challenges filed in several states and Alexander said Biden has “a very good chance” of being the next president.

My statement on the presidential election. pic.twitter.com/m4gXnhY8ZP

The senator also said that whoever has to concede will follow the example of Vice President Al Gore by putting the country first.