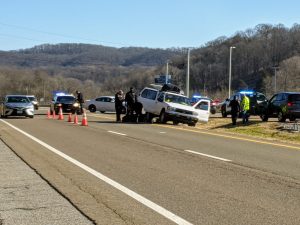 The investigation is in its early stages, but two person were transported to Bristol Regional Medical Center, one with gunshot wounds, where they are being treated for their injuries after police responded to a report of a physical altercation between a male and female in the median on Highway 11 w near Bristol Regional Medical Center. While officers were responding, a second report of shots fire was reported at that location. Officers with the Bristol Tennessee Police Department discovered a male with a gunshot wound, and a female with multiple physical injuries. All persons involved in the altercation have been detained and there is believed to be no danger to the general public. We’ll provide updated information as it becomes available.