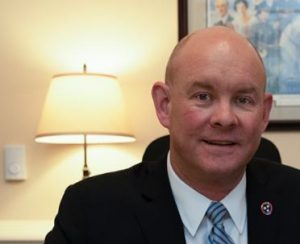 Wilson endorsed Mumpower, 47, who was nominated for the two-year post by a supermajority on Tuesday.

(IMAGE: Tennessee Office of the Comptroller)