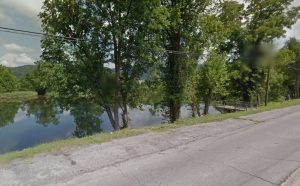 An Elizabethton teenager has died after state troopers say he crashed his car into the Watauga River on Wednesday.

Tennessee Highway Patrol says the accident happened around 5:00 p.m in Carter County, when a 2009 Hyundai Sonata, driven by Tyler Warren, 19, ran off the road into the river while traveling north around the 1400 block of Broad St.

A preliminary report says speed was believed to be a factor in the crash, which remains under investigation.