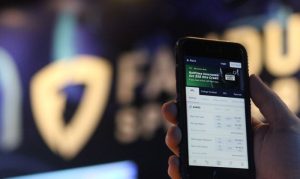 The era of online sports wagering in Virginia was launched on Thursday.

A year after casino gambling and sports betting were approved by the General Assembly, FanDuel Sportsbook went operational to allow players the opportunity to place bets during NFL’s championship weekend and next month’s Super Bowl.

Several other businesses have applied for betting licenses in Virginia and additional slots will likely be opened if the company has a tie-in to a sports franchise. FanDuel already has an agreement with the NFL’s Washington Football Team while Martinsville Speedway announced last fall their partnership with NASCAR and WynnBet that will allow fans to make wagers at the track.

The Virginia Lottery is providing oversight of the industry and estimates more than $400 million will be collected in the state’s first year of online wagering.